Do you use uniform tools to perform monitoring in different environments?

Home / Blog / Do you use uniform tools to perform monitoring in different environments?

Do you use uniform tools to perform monitoring in different environments? 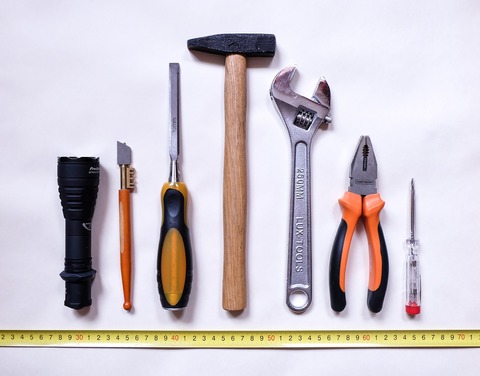 While monitoring different types of OS, it is essential to reduce the number of tools used to a logical and reasonable minimum. Under “tools”, we understand all kinds of APIs, software packages and technologies are used to perform the monitoring tasks. For example, same or similar tasks of monitoring system resources can be solved by using SNMP, WMI, various scripting languages, such as PS1, Python, VBasic and so on. While IPHost does its best to provide the same platform to use literally every kind of tool available, it can significantly save time and efforts required if smaller tools set is chosen.

That is especially true in case of large or quickly growing monitoring setups. Apart from creating a monitor, one should also maintain it: as software is updated and changed, existing monitors may require significant overhaul to continue working as expected. Let’s offer some examples of unifying technologies and tools under different environments.

Grown out of simple command line processing language, PowerShell, a Windows management and task automation framework, quickly became kind of de facto standard for Windows administrators. Whereas other command-like management tools, such as VBScript, are in many cases capable doing the same task, PowerShell remained the only one under active development since its appearing.

Until August of 2018, PowerShell remained a Windows-only tool; although powerful and with low learning curve, it still required studying other tools when dealing with other OS types (that includes Linux and macOS). Since the mentioned date, PowerShell Core remained available for other OSes, in their native packages forms.

Although the actual classes can vary, the overall language structure and approach remains the same across platforms. By switching management tasks to PowerShell, one can now use uniform monitoring approach over many types of hosts.

Windows and Unix-like environments historically had few or no similar counterparts; same system tasks required different set of tools and approaches. Thus appeared Cygwin and similar tools, providing POSIX-type environment for Windows. Cygwin was and remains a typical standard environment when Unix-like programs should be run under Windows (since it’s fast and doesn’t require many resources).

When Cygwin is installed, typical Unix-like, such as Linux-type environment becomes available, and many a script running under POSIX environment can be easily adapted to Windows, or even run unchanged. The only problem is maintaining Cygwin itself: as software gets developers, bugs and security flaws are found, it becomes a viable task to keep everything up-to-date. Although Cygwin update is mostly automated, it still requires human intervention.

A different approach to the same problem offers Windows Subsystem or Linux, initially available since 2016: the compatibility layer allowing running Linux executables (so-called ELF format). Since version 2 (WSL 2, available from June 2019), a real Linux kernel can be used instead of emulation layer.

By using WSL, it’s possible to run Linux-related monitoring tools on Windows hosts (Windows Server 2019, and Windows 10 with a matching update), mostly in unaltered form. Since WSL can be kept up-to-date automatically, and the same can be done for underlying Linux packages, the task of keeping system secure becomes less complex.

Do you need our assistance in utilizing the mentioned tools and technologies (PowerShell, Cygwin, WSL) with IPHost? Feel free to contact us or post a comment in the form below.